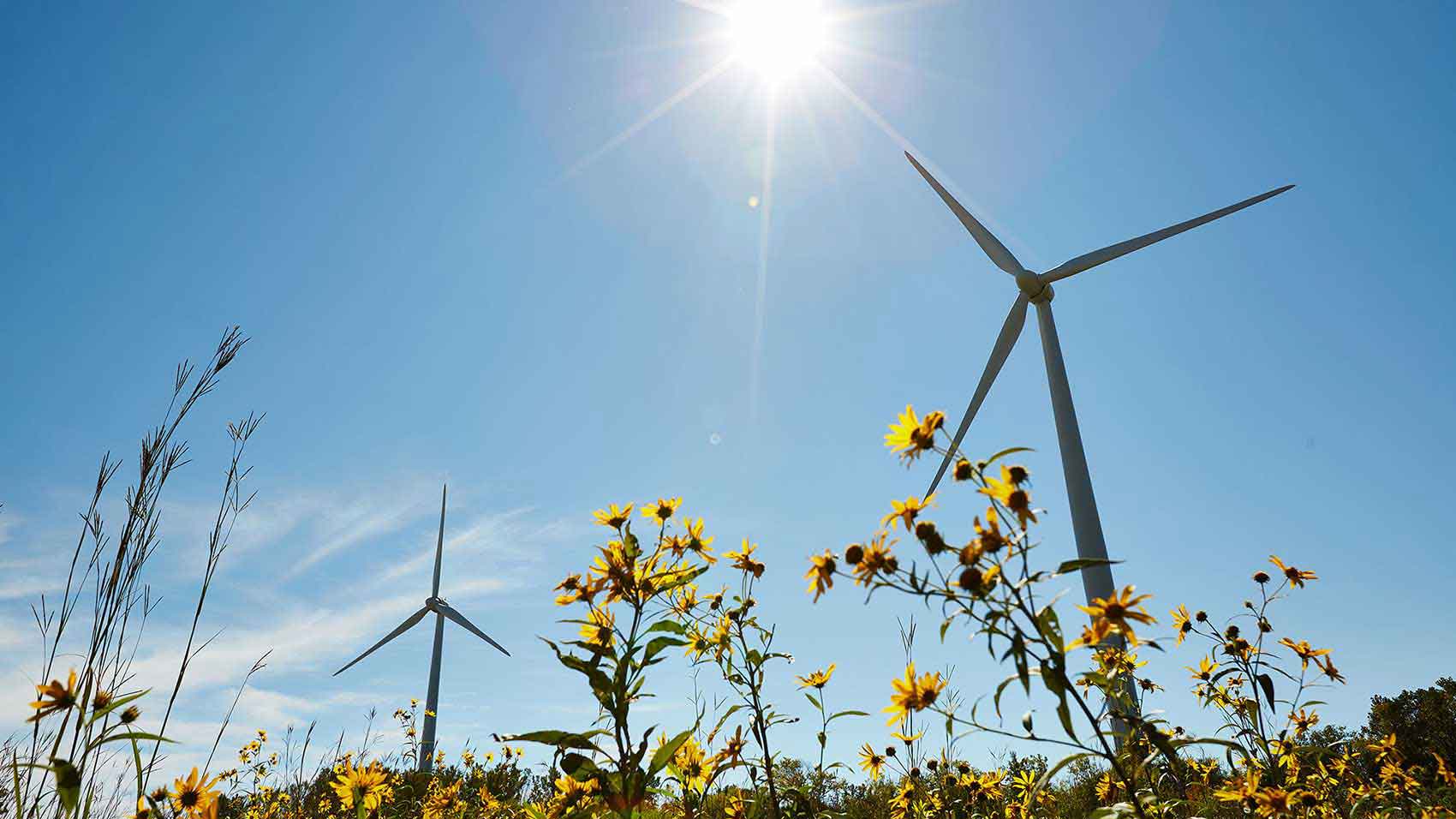 Bay City achieved this milestone by purchasing 100 percent of its wind energy from nearby wind farms.

With community cooperation, SC Johnson made a tall commitment to wind energy usage in 2012 when it powered-up two 415-foot wind turbines at Waxdale, the company’s largest global manufacturing facility located in Mount Pleasant, Wisconsin. The two turbines generate about 8 million kilowatt-hour of electricity each year, enough to power 770 homes a year. They eliminate about 6,000 metric tons of carbon emissions annually.

SC Johnson, the maker of trusted household products like Glade®, Raid®, Scrubbing Bubbles® and Ziploc®, has used renewable energy sources around the world since 2004. The efforts help exceed their goal of reducing greenhouse gas emissions and increasing the percentage of renewable energy used by their global manufacturing sites, the largest users of energy at SC Johnson. Through the end of 2016, SC Johnson had achieved a nearly 52 percent reduction of greenhouse gas emissions versus their 2000 baseline.

While wind energy is a source of SC Johnson's greenhouse gas emission reductions, other sources are critical contributors, too. For example, in Indonesia, the company uses waste biomass products as an energy source. This resulted in reducing greenhouse gas emissions by more than 13,000 metric tons in Indonesia alone. Globally, more than 32 percent of the company’s energy use now comes from renewable sources.

About SC Johnson SC Johnson is a family company dedicated to innovative, high-quality products, excellence in the workplace and a long-term commitment to the environment and the communities in which it operates. Based in the USA, the company is one of the world's leading manufacturers of household cleaning products and products for home storage, air care, pest control and shoe care, as well as professional products. It markets such well-known brands as GLADE®, KIWI®, OFF!®, PLEDGE®, RAID®, SCRUBBING BUBBLES®, SHOUT®, WINDEX® and ZIPLOC® in the U.S. and beyond, with brands marketed outside the U.S. including AUTAN®, TANA®, BAMA®, BAYGON®, BRISE®, KABIKILLER®, KLEAR®, MR MUSCLE® and RIDSECT®. The 131-year-old company, which generates $10 billion in sales, employs approximately 13,000 people globally and sells products in virtually every country around the world. www.scjohnson.com