18 Nov 2022
share
More than 26,000 units of OFF!® will be distributed to vulnerable communities throughout Rio de Janeiro
RIO DE JANEIRO, BRAZIL, November 21, 2022 - Continuing its efforts to prevent mosquito-borne diseases, SC Johnson, a global maker of household consumer brands such as Exposis®, OFF!® and Raid®, announced the donation of more than 26,000 units of OFF! ® repellents to Instituto Dara and Casa Ronald to support at-risk families in Rio de Janeiro. The announcement comes in recognition of the National Day to Combat Dengue on Saturday, November 19.

The donations took place during a period when the state of Rio de Janeiro has already recorded a 300% increase in dengue cases, compared to the period between January and October 2021, according to the State Health Secretariat (SES) of Rio de Janeiro. In Brazil, the number of dengue cases grew by 189% leading to October, according to data from the Ministry of Health. In this same period, Zika registrations grew 98.8%, and chikungunya grew 89.4%.

This initiative is part of the Mosquito Awareness Program, which has served more than 25,000 people since 2018, with the donation of more than 250,000 units of Exposis® and OFF!®. The program aims to prevent the spread of mosquito-borne diseases by providing families with education on how to protect themselves from insect bites.

“We thank SC Johnson for donating repellents, which were very important in helping us maintain the quality of care and the well-being of our guests. Casa Ronald do Rio always counts on your partnership and is honored to be contemplated with donations that contribute to the health and comfort of families undergoing cancer treatment,” said Sonia Neves, President of Casa Ronald McDonald RJ.

In addition to donating repellents, SC Johnson also held lectures for communities at Instituto Dara and Casa Ronald on the best ways to protect against mosquito bites and diseases transmitted by mosquitoes, such as dengue, Zika, chikungunya and malaria. 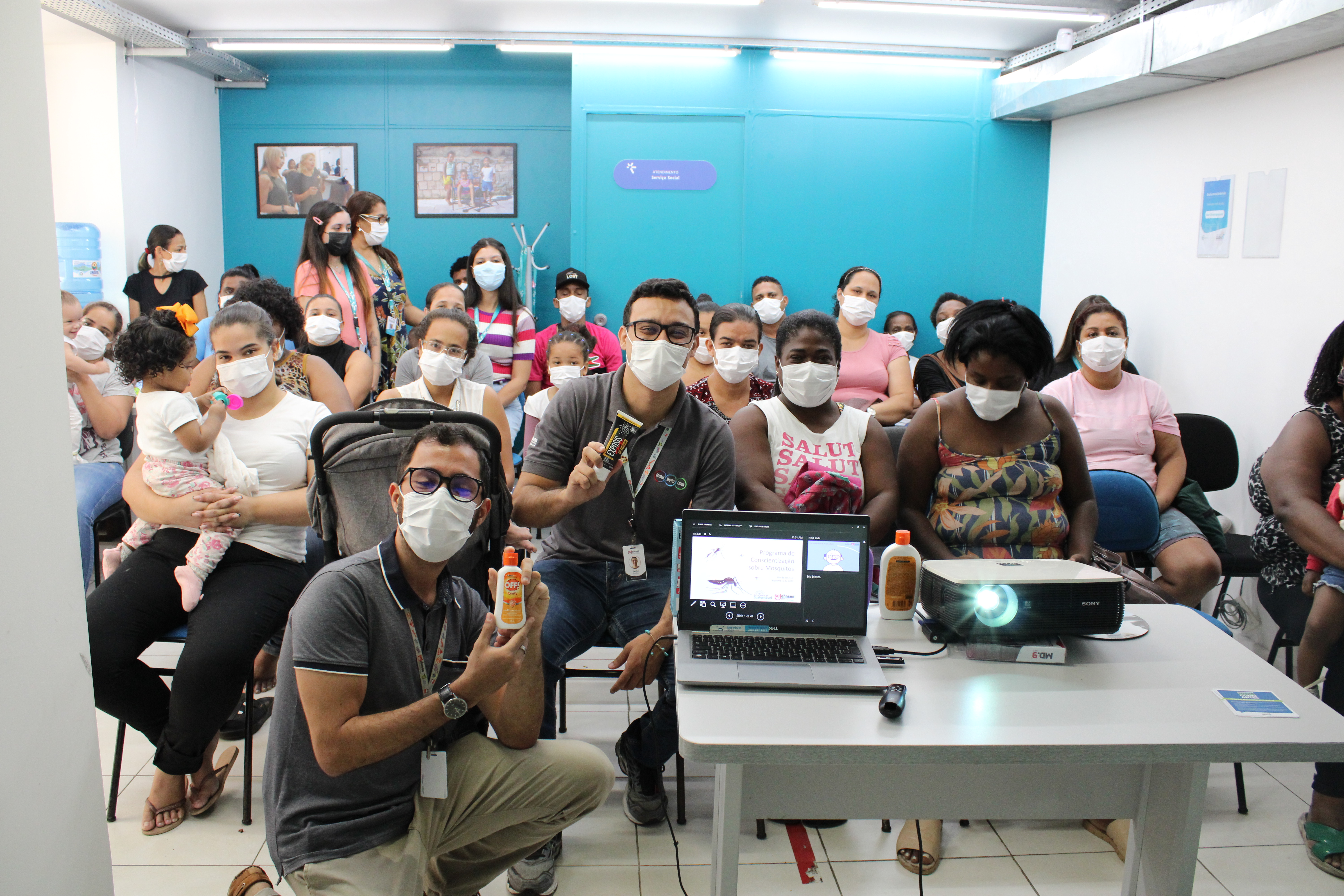 SC Johnson held lectures for communities  Instituto Dara and Casa Ronald on the best ways to protect against mosquito bites and diseases transmitted by mosquitoes, such as dengue, zika, Chikungunya and malaria.

“Providing communities at risk of mosquito-borne diseases the education and resources to help protect themselves is critical," said Vera Cordeiro, Founder and President of the Board of Directors of Instituto Dara. “We are grateful for this partnership in working to educate, prevent and protect the families we serve.”

For more than 60 years, SC Johnson has been dedicated to mosquito research. At the SC Johnson Center for Insect Science and Family Health, one of the world’s largest private, urban entomology research centers, Applied Entomology Research is a significant area of focus.

SC Johnson researchers work to understand and manage insects, with expertise in insect biology, physiology, ecology, behavior and toxicology, infestation management and the prevention of insect-borne diseases such as malaria, dengue and Zika.

Founded in 1886 and headquartered in Racine, Wisconsin USA, SC Johnson believes that a more sustainable, healthier and transparent world that inspires people and creates opportunities isn't just possible – it's our responsibility.

A heritage of innovation and bold, transparent decisions is why our high-quality products and iconic brands – including OFF!® Raid®, Glade®, Windex®, Scrubbing Bubbles®, Ziploc®, Mrs. Meyer’s Clean Day®, method®, Autan®, Baygon®, Mr Muscle®, Duck®, Lysoform® and more – are in homes, schools and businesses in virtually every country worldwide.

As a global, purpose-led company, we are committed to making the world a better place today and for future generations. That means relentlessly bringing our expertise in science, innovation and partnerships to bear on some of the world's most pressing environmental and health issues like reducing plastic waste and eradicating malaria. Around the world, we use our resources to unlock greater economic and educational opportunities for people and communities where access may be limited, but curiosity and potential are limitless.