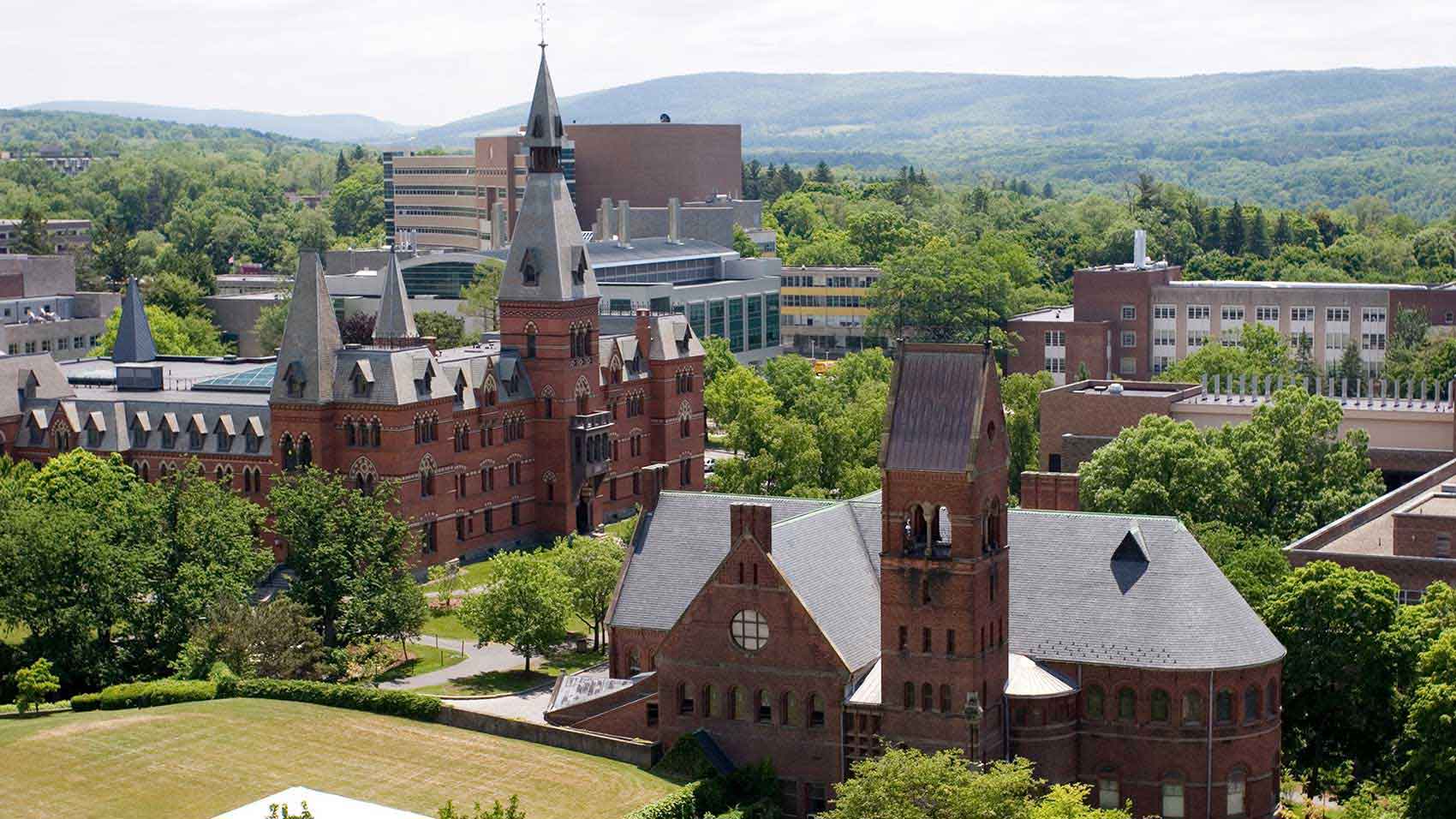 IN THIS ARTICLE
Fisk Johnson and SC Johnson donated $150 million to Cornell’s SC Johnson College of Business to develop future business leaders.
SHARE
Loves to Learn: Fisk Johnson has 5 degrees from Cornell, including an MBA, a Masters of Engineering, and a Ph.D. in Physics.
SHARE
share
Over the years, SC Johnson, our corporate philanthropy arm SCJ Giving, Inc. and the Johnson family have contributed millions of dollars to advance education at all levels. But in 2017, we made a gift that stood out for its size and aspiration.
Our Chairman and CEO Fisk Johnson and SC Johnson announced a combined donation to Cornell University of $150 million – the largest gift ever to the school’s Ithaca campus and the second largest to name a college of business.
The donation supports the SC Johnson College of Business, which includes the Charles H. Dyson School of Applied Economics and Management, the School of Hotel Administration, and the Samuel Curtis Johnson Graduate School of Management.
More specifically, it supports the development of the business leaders of tomorrow.
The Role of Business in Creating a Better Life
In this 2009 video from Cornell University, Fisk and Sam Johnson discuss the impact business can have on people and the planet.

The gift to Cornell University represents a faith not just in the school, but also in the generations to come – scientists, businesspeople, creators and engineers. Our company, and the world at large, will rely on these bright minds for the innovations and solutions of the future.
Fisk, who received five degrees from Cornell, explained when announcing the donation, “It is my hope that this gift will give the business program at Cornell significant new impetus for growth, while enhancing its three individual schools and the qualities that make each exceptional.
He added that, although his family feels a strong personal connection to Cornell, the scope of the gift and the values behind it extend much further, continuing a long history of investing in education, youth and opportunities.
“
While the naming of the school by Cornell is an honor, this isn’t about me or my family. It’s about Cornell’s future as the country’s top business school, and the success of the three highly respected schools that comprise it. ”
”

The gift includes a $50 million challenge grant that will build the college’s endowment for faculty, students and programs. The challenge is expected to raise an additional $150 million. Combined with the gift by SC Johnson and Fisk Johnson, the challenge will bring the full impact to $300 million, which will bolster the college’s endowment.
The donation also funds the SC Johnson Scholars Program. As part of this program, undergraduate students chosen from the Dyson and Hotel Schools have the opportunity to participate in various events hosted by the company including summer internships. 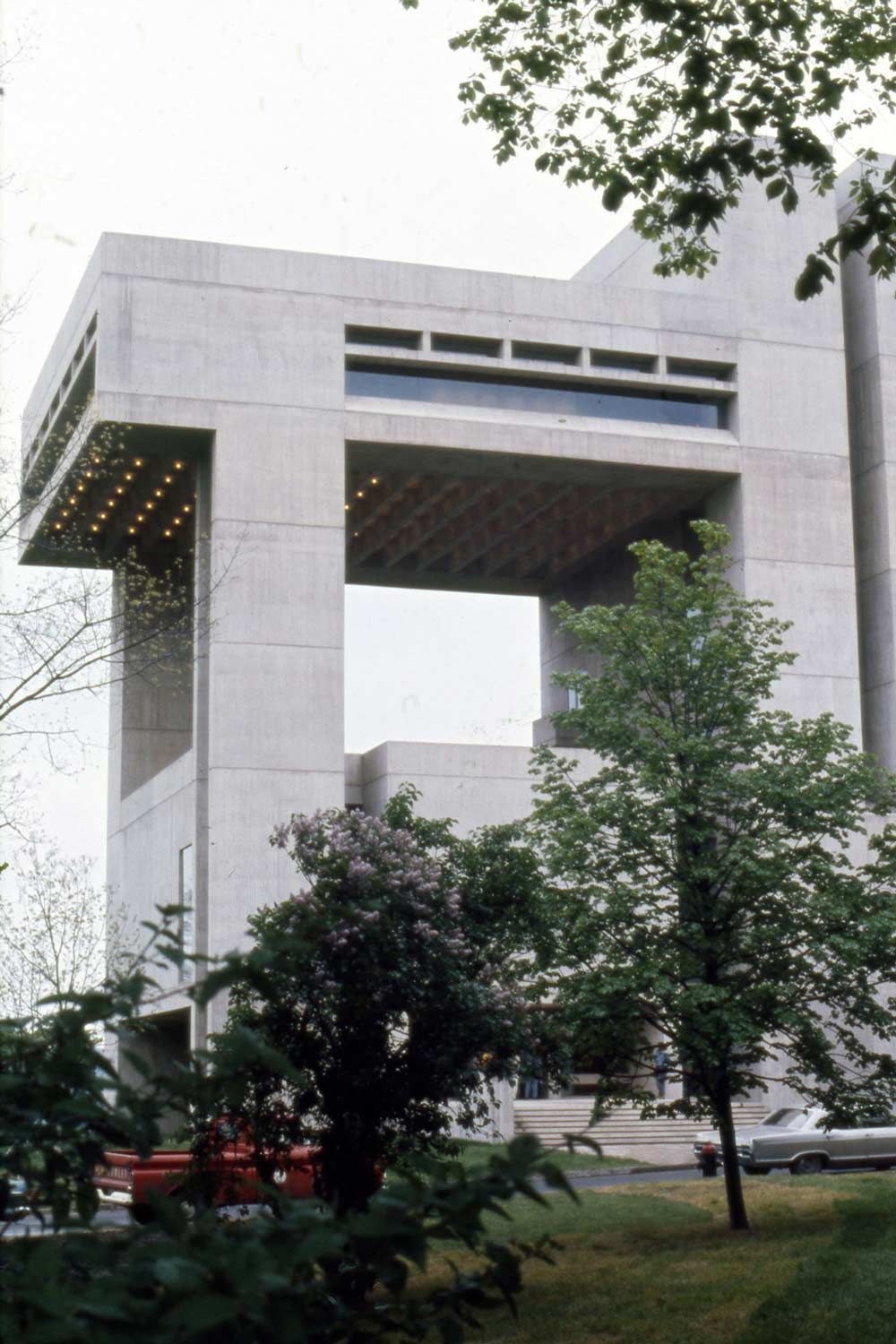 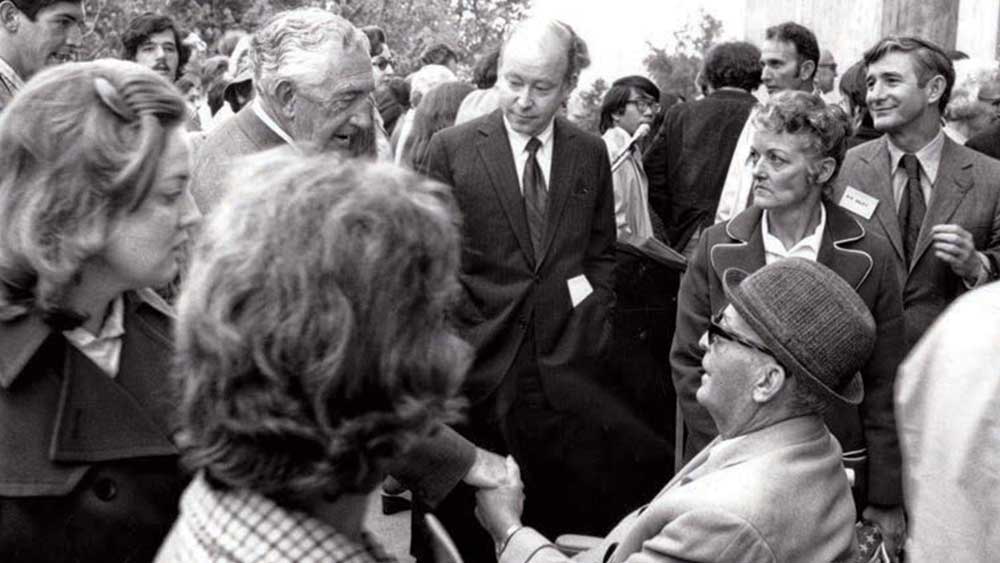 TOP : The H.F. Johnson Museum of Art at Cornell, which was designed by I.M. Pei.
BOTTOM : Sam (center) looks on as H.F. (seated) is greeted at the dedication of the museum he made possible.
The Johnson family also has donated repeatedly to the university, including The Samuel Curtis Johnson Graduate School of Management, the Imogene Powers Johnson Center for Birds and Biodiversity, the Herbert F. Johnson Museum of Art, the Herbert Fisk Johnson Professorship of Industrial Chemistry, and the Samuel C. Johnson Chair in Sustainable Global Enterprise in the Johnson School.
share