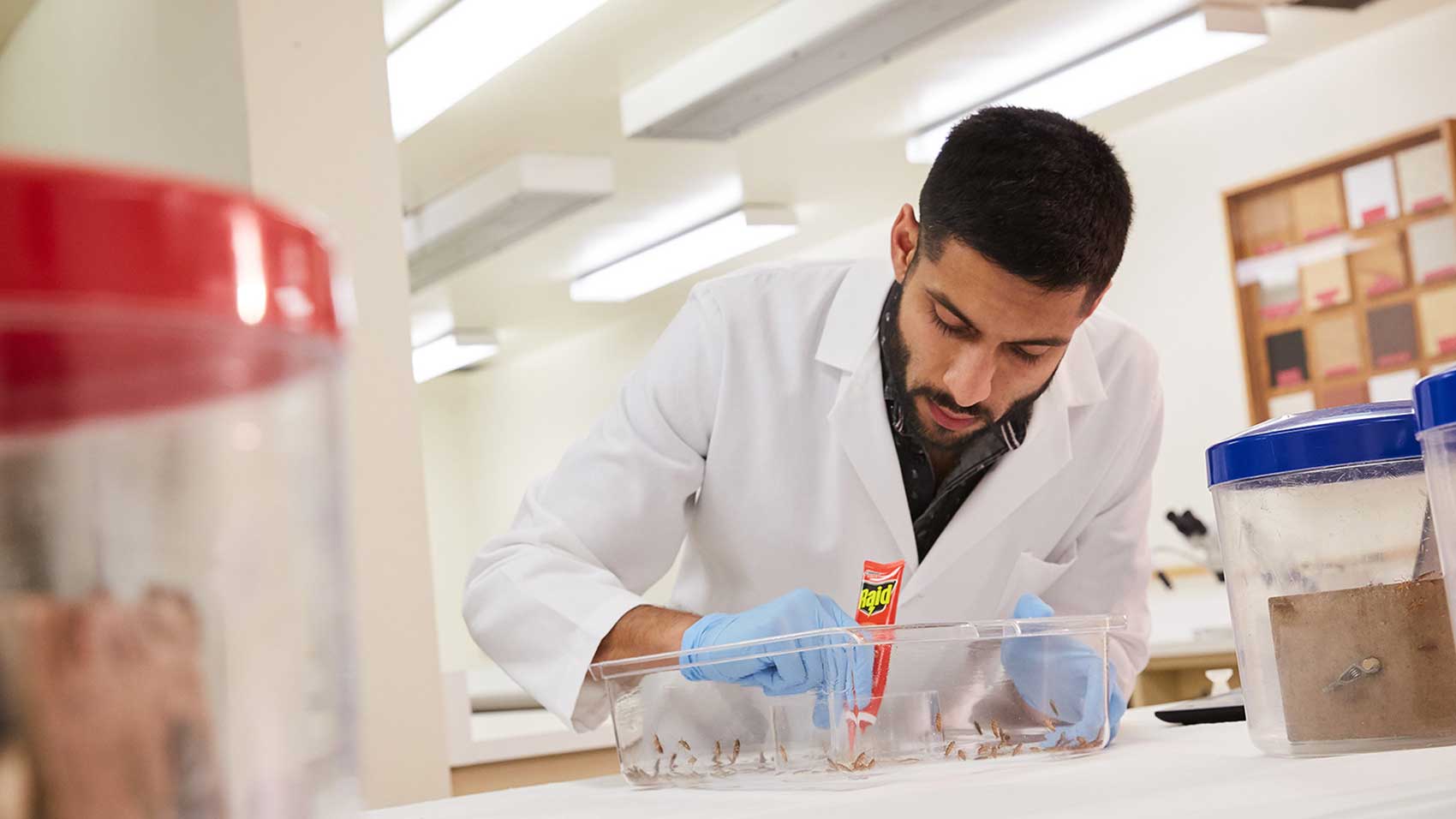 “Insect-borne diseases continue to be a serious threat to families around the world. We remain dedicated to continuing our leadership in researching insects to help improve family health,” said Fisk Johnson, Chairman and CEO of SC Johnson. 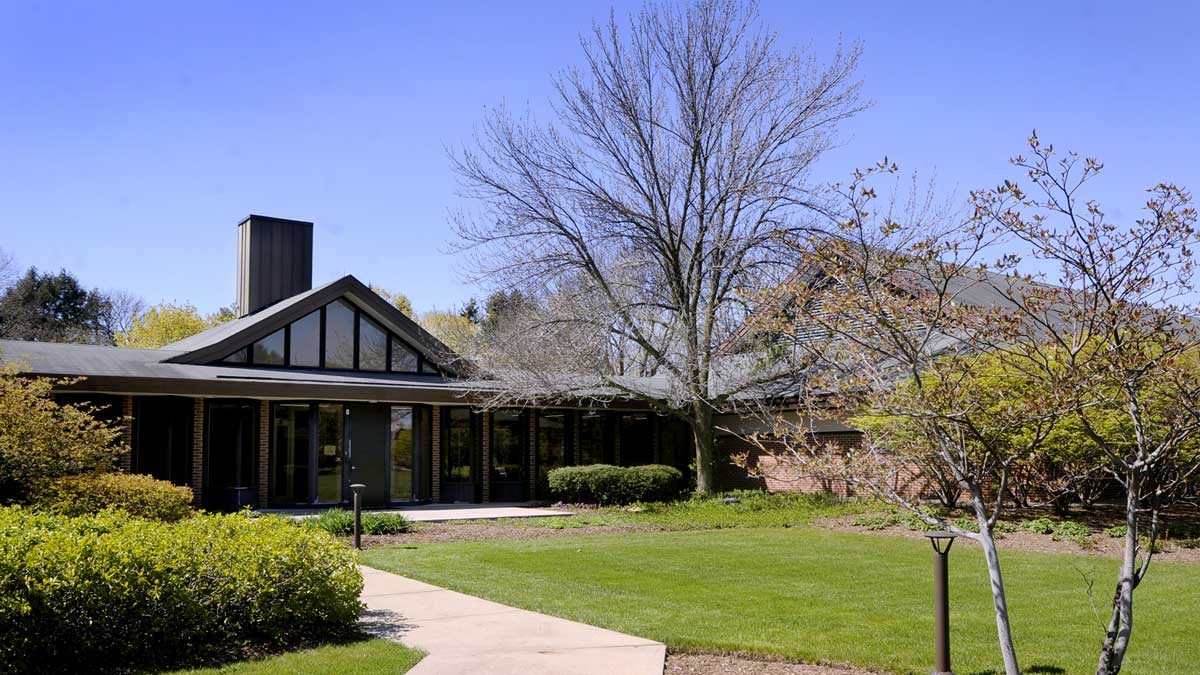 The Imogene Powers Johnson Center at the SC Johnson Institute of Insect Science for Family Health in Racine, Wis.

“I am honored to recognize my mother’s legacy by renaming our Racine research facility after her. She has worked for decades to promote education and the sciences, especially in the Racine community,” said Johnson.

Mrs. Johnson, who earned her degree in mathematics from Cornell University and worked as an early computer programmer, has been a tireless advocate for STEM (science, technology, engineering and mathematics) education. She is Founding Director and Chairman of the Board of The Prairie School, and serves on the boards of the Laboratory of Ornithology at Cornell University, The Johnson Foundation and Adler Planetarium. She is a nature enthusiast and an avid birder. This intersection of science and learning is represented in her philanthropic leadership, which has benefitted The Imogene Powers Johnson Center for Birds and Biodiversity at Cornell Lab of Ornithology, the International Crane Foundation and River Bend Nature Center.

The company is also planning to open new research centers to further broaden its global emphasis of insect science research to improve family health. New locations will be announced at a later date.

Researchers at the SC Johnson Institute of Insect Science for Family Health are dedicated to insect science research to better understand and manage insects that may carry diseases such as malaria, dengue and Zika. Since the 1950s, SC Johnson researchers in Racine have studied and advanced the sciences of insect biology, physiology, ecology, behavior and toxicology, as well as infestation management and insect-borne disease prevention. In 2013, the company expanded its research operations globally, opening the first-of-its-kind research facility in China.

Supporting Communities in Need at the Base of the Economic Pyramid

SC Johnson is committed to preventing insect-borne diseases, as well as creating sustainable business solutions to help strengthen communities in developing countries. For more than two decades, SC Johnson has provided sustainable business models to raise the standard of living and provide opportunities for a better quality of life for the four billion people who occupy the base of the world’s economic pyramid and live on less than $1,500 dollars a year. These families lack access to basic goods and services, where everyday challenges can be as simple as finding clean water. For example, in 2007, the company worked with pyrethrum farmers in Rwanda for more effective agricultural and financial management practices. In 2012, SC Johnson and Cornell University’s Center for Sustainable Global Enterprise launched the WOW™ club pilot in Ghana to explore a new way to help families by reducing the transmission of malaria with a new business model that brings repellents and insecticides to rural families. The resulting effort helped low-income homemakers care for their homes and families.

Earlier this year, SC Johnson teamed with The Coca-Cola Company, Solarkiosk and Society for Family Health Rwanda as a part of the EKOCENTER program, which provides safe drinking water, sanitation, solar energy and wireless communication. EKOCENTERS are modular retail experiences, run by women operators, that provide commerce of basic goods including OFF!® mosquito repellent lotion, Baygon® mosquito coils and Kiwi® shoe polish. EKOCENTERS also offer a place for community gathering and for entrepreneurs to set up business.

For decades, SC Johnson has led many educational campaigns to increase awareness of best practices to help protect families from insect-borne diseases such as malaria, Zika, dengue, yellow fever and Chikungunya. SC Johnson is also known for its philanthropic actions such as donating tens of millions of company products such as OFF!®, Raid®, Baygon® and Autan® around the world to help those who cannot afford personal and spatial repellents as well as insecticides. Most recently, in 2016, SC Johnson pledged $15 million in resources globally to help protect against mosquitoes that may carry Zika.

SC Johnson offers educational resources, tips and videos on how families can protect themselves from mosquito bites at www.scjohnson.com/mosquitoes. The site is available in 13 languages and videos on the site have been viewed nearly 25 million times.

The SC Johnson Institute of Insect Science for Family Health – previously known as the SC Johnson Entomology Research Center – was established in 1957. Its main location in Racine, Wisconsin, is one of the world’s largest private, urban entomology research centers. In 2013, SC Johnson expanded its research operations globally, opening the first-of-its-kind research facility in China. Company researchers study and advance the sciences of insect biology, physiology, ecology, behavior and toxicology. The Institute also tests pest control formulations and delivery systems to help families protect themselves from insects and the diseases they may carry. Insights from the Institute help SC Johnson in the development of its OFF!®, Raid®, Baygon®, Autan®, AllOut® and other consumer pest control brands that have been trusted by families for generations.