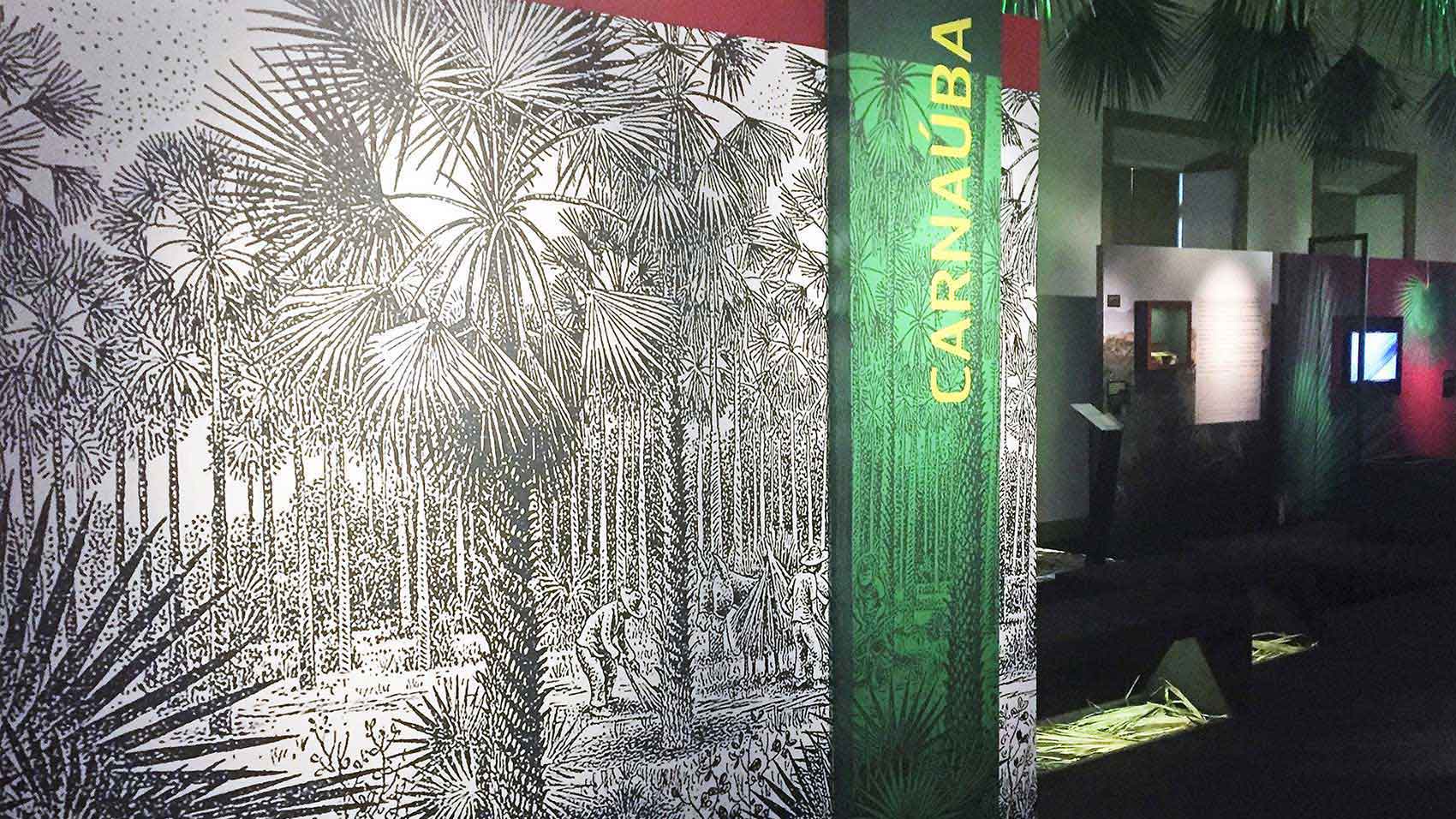 SC Johnson is proud to support the “Carnaúba: Tree of Life” exhibit highlighting the importance of the carnaúba palm in Brazil.

“We are committed to protecting the environment and the sustainability of the carnaúba palm.” – Fisk Johnson, Chairman and CEO

RACINE, Wis., (November 16, 2017) – For more than 80 years, the carnaúba palm has been a symbol representing the State of Ceará in Brazil, yet for SC Johnson, it also symbolizes the company’s success and long-term commitment to preserving the country’s natural resources. Today, in partnership with the Museum of Industry in Fortaleza, Brazil, Social Service of Industry (SESI) and Federation of Industry of Ceará (FIEC), SC Johnson proudly opened the “Carnaúba: Tree of Life” exhibit highlighting the importance of the carnaúba palm tree in Brazil.

“My grandfather’s journey in 1935 marked the beginning of our company’s relationship with Brazil – a strong bond that continues to this day,” said Fisk Johnson, Chairman and CEO of SC Johnson. “We are committed to protecting the environment and the sustainability of the carnaúba palm. We are proud to sponsor this exhibit to highlight the history, its importance in the region and our long-standing legacy in Brazil.”

The “Carnaúba: Tree of Life” exhibit presents the family company’s long history with the region, which began when third-generation leader H.F. Johnson, Jr. traveled to Fortaleza in pursuit of a permanent reserve of carnaúba wax, which was the principle ingredient in the company’s products at that time. The trip originated from SC Johnson’s headquarters in Racine, Wisconsin. Two years after the trip, the company opened a factory in Brazil and became the first company to refine carnaúba wax – and it also became the first manufacturing company in Brazil to fund and encourage research on the carnaúba palm. In 1998, fourth-generation leader Sam Johnson and his sons, including fifth-generation and current leader Fisk Johnson, retraced the original historic expedition.

As the exhibit opens to the public, guests will experience the history of the carnaúba palm, its industrialization and the unique role the company has played to ensure its sustainability for future generations.

“We are honored to partner with SC Johnson,” said Luis Carlos Sabadia, Museum of Industry in Fortaleza (SESI). “The company has been a leader in helping preserve our natural resources for decades, and sponsoring this exhibit showcases their deep ties and continued support for the area.”

SC Johnson has operated in Brazil for more than 80 years. In addition to a vibrant commercial business regionally headquartered in Rio de Janeiro and a factory in Manaus, the company has been a leader in helping protect Brazil’s environment and resources for decades. For example, the company’s manufacturing plant in Manaus has achieved zero waste to landfill status, a protocol estimated to keep some 91 tons of refuse out of Brazilian landfills each year.

SC Johnson also contributed to the protection of two reserves in Brazil’s Caatinga ecoregion in the 1990s. The company’s work and contributions to Conservation International (CI) have also conserved more than 100,000 acres of land – much of that in the Amazon region. In October 2017, the company announced, together with CI, its support for the world’s largest tropical reforestation project to restore nearly 70,000 acres in the Brazilian Amazon.

SC Johnson has not only played a significant role in protecting the environment in the region, it also increased the export of carnaúba wax to international markets and created a new industry based on the processing of the wax raw materials. Following the original carnaúba expedition in 1935, SC Johnson went on to open a carnauba processing plant in Fortaleza in 1937 and a plantation at Repose in Ceará in 1938, to serve as a research center for the growing, harvesting and refining of carnaúba and other waxy palms. The 400-acre plantation was later donated to the Escola de Agronomic of the University of Ceará for the continued study of the trees.

SC Johnson’s critical role in modernizing wax extraction and its investment, research and streamlining of the manufacturing process is also documented in this multisensory exhibit, which will feature interactive scenery and explain the carnaúba palm’s important role in the region’s habitat, socio-cultural norms, and its economy.