“The Last Girl” award recognizes individuals and organizations whose efforts to fight for women’s and children’s equality expand the awareness of human trafficking globally. Earlier this year, SC Johnson sponsored the U.K. theatrical release of “Love Sonia” and hosted, in partnership with the United Nations Association of the United States of America (UNA-USA), exclusive screenings in Washington, D.C., and Racine, Wisconsin. 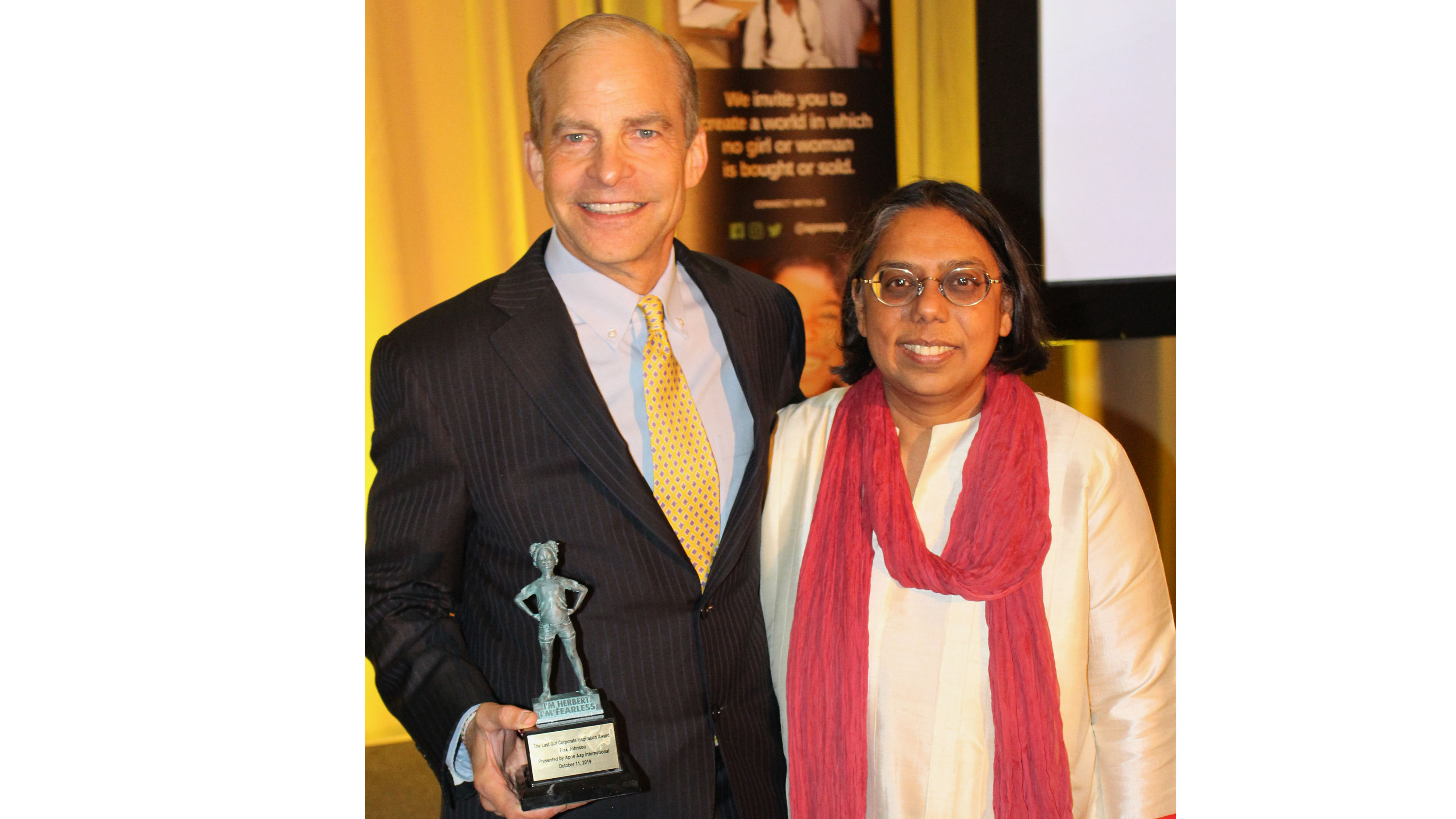 “Human trafficking is a heartbreaking evil that has devastated the lives of millions around the world,” said Johnson. “Supporting ‘Love Sonia’ has given us an opportunity to raise awareness of the trauma these women and children face and the incredible work Apne Aap is doing to save them. By continuing to share their stories and supporting organizations like Apne Aap, we can help end this human tragedy.”

SC Johnson has a longstanding zero-tolerance policy for human trafficking and slavery. The company has championed a number of anti-trafficking causes and statements, including the United Nations Declaration of Human Rights, the CGF Social Resolution on Forced Labor, and the International Labor Organization core standards on forced labor, child labor, freedom of association and discrimination. SC Johnson also supports the California Transparency in Supply Chains Act of 2010 and the United Kingdom’s Modern Slavery Act 2015, which was adopted in an effort to prevent and eliminate slavery and human trafficking from global supply chains by increasing transparency.

The award will be presented to Johnson at Apne Aap’s third annual gala on the International Day of the Girl Child on October 11 in New York City.

“We are grateful for the support of Fisk and SC Johnson toward our cause to end human trafficking,” said Ruchira Gupta, Founder and CEO of Apne Aap. “Our partnership has created widespread awareness and sparked a positive dialogue on how everyone can do their part to advance and protect basic human rights.”