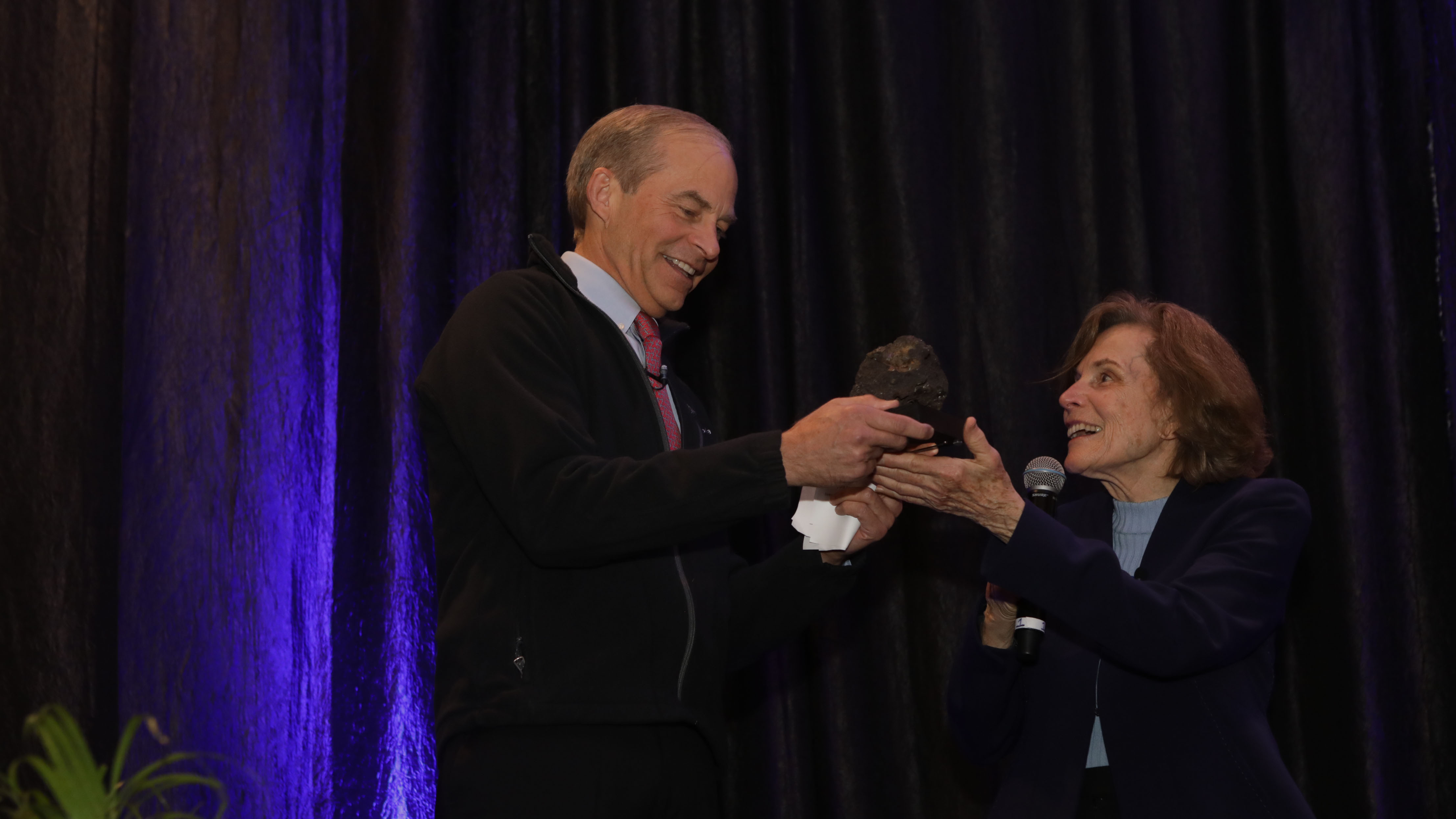 RACINE, Wis., 21 October 2019 – Fisk Johnson, Chairman and CEO of SC Johnson, was honoured with the inaugural Dr. Sylvia Earle Award over the weekend for his work in raising awareness of the ocean plastic pollution crisis. Johnson was presented with the award by Dr. Earle during the Ocean Planet Conference in Los Angeles.

The Dr. Sylvia Earle Award was created to recognise those who have made substantial contributions to the ocean. Dr. Earle, honoured as the first “Hero for the Planet” by Time magazine, is an oceanographer, explorer and author who has led more than 100 expeditions and logged more than 7,000 hours underwater. As the President and Chairman of Mission Blue/The Sylvia Earle Alliance, her goal is to inspire action to explore and protect the ocean.

“To be recognised as the first recipient of the Dr. Sylvia Earle Award is humbling”, said Johnson. “Sylvia’s lifelong commitment to protecting the ocean serves as an inspiration to so many around the world. The work we’re doing at SC Johnson to tackle the ocean plastic crisis is about protecting our planet for future generations, and I encourage others to join us in solving this global problem.”

As part of Johnson’s efforts to raise awareness and address the ocean plastic crisis, SC Johnson and Plastic Bank recently launched a global partnership to stop plastic waste from entering the ocean and fight poverty. The three-year effort creates recycling infrastructure on a massive scale across five countries in Asia and Latin America, and pays residents to collect plastic in exchange for digital savings and rewards. Once the plastic is collected and exchanged, it will be recycled into the first-ever 100% Social Plastic® bottle, which SC Johnson will use for its iconic Windex® line beginning in February 2020.

At Work for a Better World – A Multi-Faceted Approach to Reducing Waste
The partnership with Plastic Bank is just one way SC Johnson is carrying out its commitment to help tackle plastic pollution. The company has steadily increased the use of post-consumer recycled plastic in its products and removed excess plastics wherever possible.

Expanding Offerings of Concentrate Products
Since the unveiling of Windex® concentrates in 2011, SC Johnson has expanded its refill options to other popular cleaning brands, including Pledge®, Scrubbing Bubbles®, Shout® and fantastik®. Every time a consumer chooses a concentrate product, they use nearly 80% less plastic.

Ellen MacArthur Foundation – The New Plastics Economy Global Commitment
Fisk Johnson was also one of only a select few CEOs to sign The New Plastics Economy Global Commitment, an initiative led by the Ellen MacArthur Foundation in collaboration with UN Environment to establish a common vision for companies to help create a circular economy for plastics. As a part of that commitment, SC Johnson will make 100% of its plastic packaging recyclable, reusable or compostable by 2025.

About the Ocean Plastic Conference
The Ocean Planet Conference, held on 18-19 October in Los Angeles, brought together a broad range of top experts in ocean-related fields to discuss “the latest advancements in marine exploration, discovery, innovation, business and technology.”

SC Johnson is a family company dedicated to innovative, high-quality products, excellence in the workplace and a long-term commitment to the environment and the communities in which it operates. Based in the USA, the company is one of the world's leading manufacturers of household cleaning products and products for home storage, air care, pest control and shoe care, as well as professional products. It markets such well-known brands as GLADE®, KIWI®, OFF!®, PLEDGE®, RAID®, SCRUBBING BUBBLES®, SHOUT®, WINDEX® and ZIPLOC® in the USA and beyond, with brands marketed outside the USA including AUTAN®, BAYGON®, BRISE®, KABIKILLER®, KLEAR®, MR MUSCLE® and RIDSECT®. The 133-year-old company, which generates $10 billion in sales, employs approximately 13,000 people globally and sells products in virtually every country around the world. www.scjohnson.com