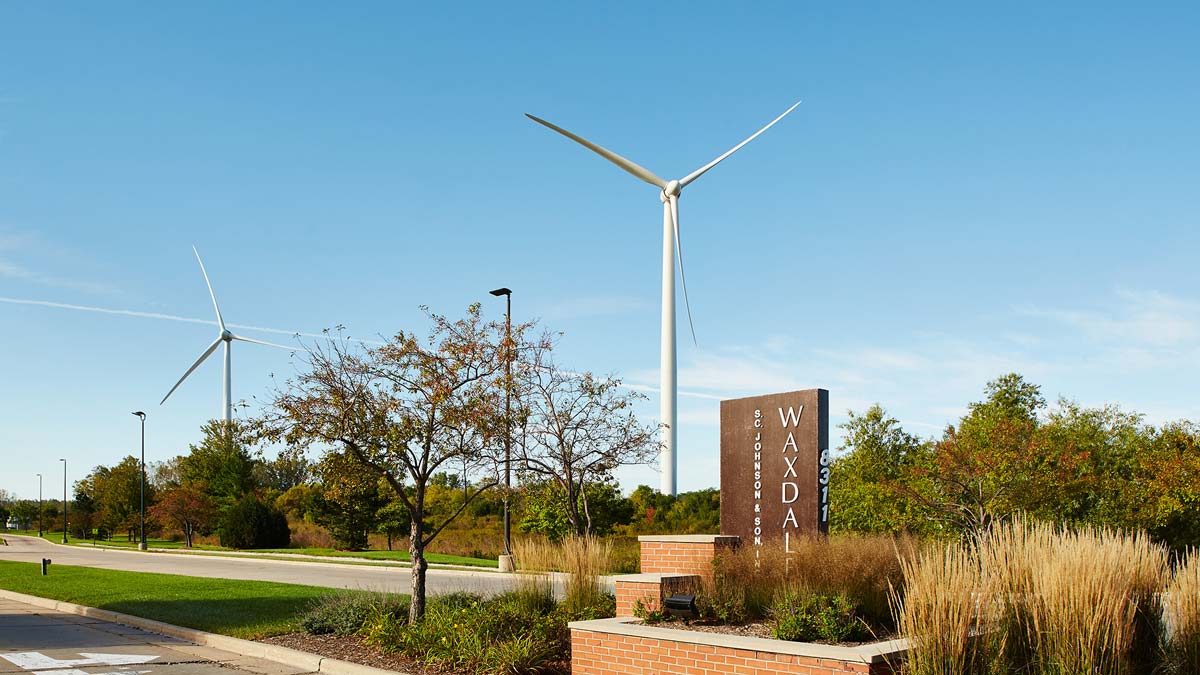 IN THIS ARTICLE
SC Johnson receives a 2016 Green Power Leadership Award from the U.S. Environmental Protection Agency.
SHARE
SC Johnson was one of 7 organizations to receive an Excellence in Green Power Use Award.
SHARE

RACINE, Wis., (October 17, 2016) - SC Johnson announced today that it has received a 2016 Green Power Leadership Award from the U.S. Environmental Protection Agency (EPA). These annual awards recognize the country’s leading green power users for their commitment and contribution to helping advance the development of the nation’s voluntary green power market. The EPA presented SC Johnson with an Excellence in Green Power Use award at the 2016 Renewable Energy Markets Conference in San Francisco.

SC Johnson was one of only seven organizations nationwide to receive an Excellence in Green Power Use Award. The award recognizes EPA Green Power Partners who distinguish themselves by demonstrating leadership in procuring green power from a utility green power product, a power purchase agreement, or a renewable energy certificate (REC) product. SC Johnson is generating 23 million kilowatt-hours (kWh) of electricity from on-site landfill gas and wind energy systems.  The company also purchases an additional 55 million kWh of green power annually, which is enough to meet 44 percent of the organization’s electricity use. To learn more about SC Johnson’s sustainability efforts, click here.

“Being honored this way for the second time motivates the people that work at this company to continue to do more and more,” said Kelly M. Semrau, Senior Vice President – Global Corporate Affairs, Communication and Sustainability at SC Johnson. “From making our own green energy to cutting the amount of manufacturing waste, we fulfill our commitment to doing what’s right for the planet, and more importantly, the next generation. We are proud to receive this prestigious award from the U.S. Environmental Protection Agency.”

In 2011, the EPA honored SC Johnson with a Green Power Leadership Award for On-Site Generation. Additionally, SC Johnson ranks as No. 75 on EPA’s National Top 100 list and No. 16 on the Top 30 On-site list. Each list highlights EPA Green Power Partners using the most renewable energy annually as of July 6, 2016. EPA updates its Top Partner Rankings quarterly at www.epa.gov/greenpower/green-power-partnership-top-partner-rankings.

According to the EPA, SC Johnson's current green power use of more than 78 million kWh is equivalent to the electricity use of nearly 7,200 average American homes annually.

The Green Power Partnership is a voluntary program that encourages organizations to use green power as a way to reduce the environmental impacts associated with electricity use. The Partnership currently has more than 1,400 Partner organizations voluntarily using billions of kilowatt-hours of green power annually. Partners include a wide variety of leading organizations such as Fortune 500® companies; small and medium sized businesses; local, state, and federal governments; and colleges and universities. For additional information, please visit www.epa.gov/greenpower.

About the Green Power Leadership Awards