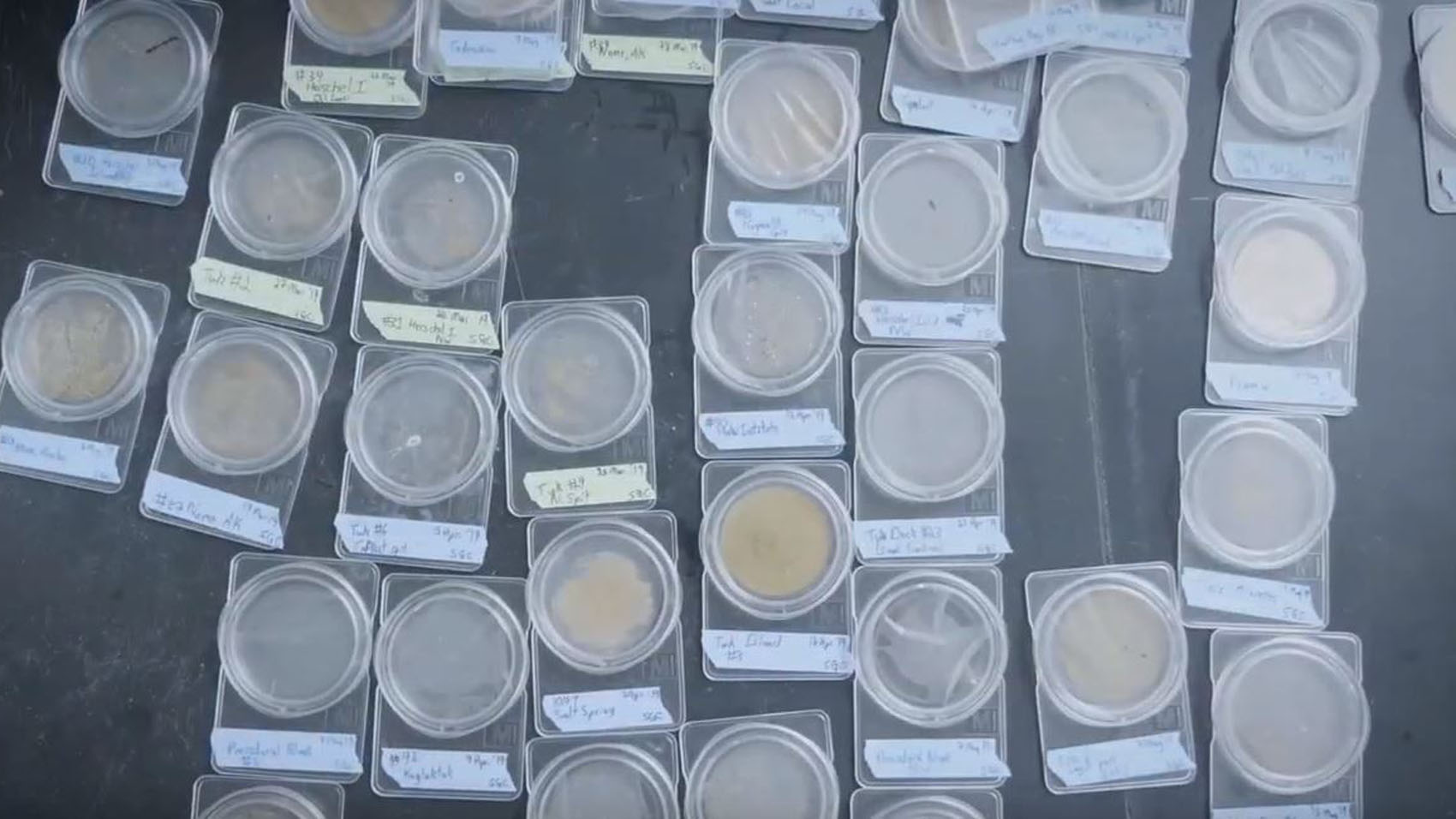 Johnson, who holds a Ph.D. in physics, and Ross, a leading marine pollution expert, discussed the pervasiveness of microplastics and its impact on the health of our ocean ecosystems.
VIDEO
What are Microplastics? Fisk Johnson Talks Ocean Health with Leading Marine Pollution Expert
share
The Ocean Plastic Crisis – Marine Debris and Microplastics
The ocean plastic pollution problem has been in the spotlight in recent years, and most of the attention has focused on larger plastic marine debris that is easily visible and identifiable as plastic, such as plastic bottles and grocery bags. It is estimated there are 5.25 trillion pieces of this debris, weighing 269,000 tons, spread across the oceans.1

“Plastic waste is the single biggest environmental issue we have to address as a company, but we can’t do it alone,” Johnson said. “Business, government and civil society need to come together to solve the problem.”

Less attention has been put on the equally pervasive issue of microplastics – small pieces of plastic between one nanometer and five millimeters in length.2 These pieces can come in a variety of forms including fibers, fragments, spheres, sheets and polystyrene. Microplastics, which are often invisible, are a large contributor to the pollution that disrupts natural ecosystems and pose a global risk.

“Plastic is everywhere. We find microplastics in every single sample of seawater we collect,” said Dr. Ross. “Much of the plastic waste making it through wastewater treatment systems is plastic fibers that come from clothing. This suggests that home laundry and domestic wastewater streams are an important conduit to delivering microplastics to the oceans.”

According to Ocean Wise, wastewater treatment systems can remove approximately 95-97% of solid waste, but the remaining 3-5% remain in treated water and slip into the oceans.

Microplastics and Their Effect on the Food Chain
Microplastics are a growing concern among scientists who are just beginning to comprehend their abundance in our oceans and throughout all levels of marine food webs3. In fact, an Ocean Wise study found the particles in at least two key species of zooplankton in the Northeast Pacific Ocean4, and the latest research found widespread microplastics contamination in Monterey Bay. These species are at the base of the food chain, indicating possible contamination among larger predators.

“Microplastics are a threat in the plastic pollution crisis, and Dr. Ross’ research shows just how widespread the problem has become,” Johnson continued.

Through Ocean Wise, Dr. Ross oversees 10 research programs, including the Ocean Pollution Research Program, which examines the presence of microplastics and microfibers in aquatic environments.

Stemming the Tide on Plastic Pollution
SC Johnson has already taken steps to curb its plastic use, and thus its contribution to the problem. In addition to pledging 100% recyclable, reusable or compostable products by 2025, SC Johnson announced last fall a strategic partnership with Plastic Bank, one of the leading organizations working to reduce the global crisis of ocean plastic, to open nine plastic collection centers in impoverished communities across Indonesia, with plans for expansion.

Earlier this year, SC Johnson unveiled a new 100% recycled ocean plastic bottle for its Windex® Vinegar variant – a first for a major home cleaning product. Available in the United States at retailers like Target and Walmart, the bottles are made from plastic waste collected within 30 miles of an ocean or waterway in countries without formal waste-based collection infrastructures. These bottles help SC Johnson and consumers alike strengthen global recycling programs and reduce potentially harmful debris from entering the ocean.

But tackling plastic pollution cannot be solved by a single company alone. That’s why Johnson signed the New Plastics Economy Global Commitment at last year’s Our Ocean Conference in Bali, Indonesia, alongside Dame Ellen MacArthur and a worldwide coalition of businesses and governments. The initiative represents a shared value among world leaders to build and foster a circular economy for plastics, creating a market for them at every stage of their lifecycle. To put these values into action, SC Johnson and the Ellen MacArthur Foundation announced a global partnership in January which now comprises 17 additional organizations – including Intesa Sanpaolo, Danone, Google, H&M, Phillips, Renault, Solvay, Unilever and others – to execute market-leading circular economy initiatives at scale.

1 Plastic Pollution in the World’s Oceans
2 What are microplastics?
3 The vertical distribution and biological transport of marine microplastics across the epipelagic and mesopelagic water column
4 Ingestion of Microplastics by Zooplankton in the Northeast Pacific Ocean