SC Johnson and the Fight Against Malaria

03 Nov 2021
share
For decades, SC Johnson has been using its expertise and capabilities to make contributions toward eradicating malaria and helping make life healthier and better for families. We’re honored to partner with and support multiple organizations that help us go far beyond what we could do alone.

Malaria: A Global Public Health Issue
Malaria is a preventable, curable but potentially life-threatening disease caused by a one-celled parasite in the genus Plasmodium. Malaria is transferred when the female Anopheles mosquito feeds on a person who has malaria. The malaria parasite is then transmitted to the next person via mosquito bite.

According to the World Health Organization (WHO), nearly half of the world’s population was at risk for malaria in 2019.1 Although progress has been made in reducing mosquito-borne disease mortality rates, WHO has indicated that malaria cases have significantly risen in several countries, with many of the most vulnerable communities unable to access prevention methods regularly. 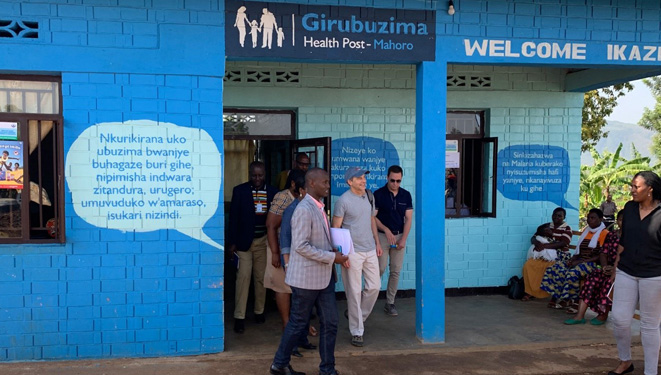 A Healthier World
Here are six ways we work to support a healthier world around the globe: 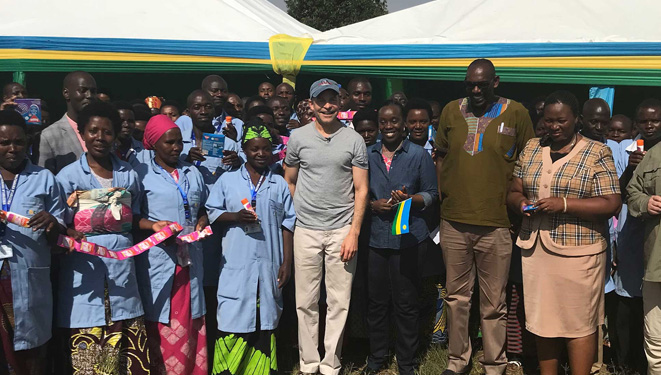 Our CEO Fisk Johnson with the Rwanda Ministry of Health.
Today, and every day, we strive to make the world a better place for generations to come. We are honored to work with our partners and organizations to help those in need around the world.
1https://www.who.int/news-room/fact-sheets/detail/malaria